Dr.Bharati Dhorepatil is a Gold Medalist from Government College Miraj-1982 , Pioneering & Formation of an independent maternity hospital & IVF center in Pune. Has helped more than 10,000 couples conceive. She has achieved a fellowship and has become Post Graduate Fellow Guide to train many young gynecologists in the field.

She has a lot of innovations on her name like the IGD Score ( Individualize Gonadotropin Dose ), to individualize ART treatment, Green IVF (Natural Cycle IVF). Labour Program designed to optimize C-Section to a great mark. she has done pioneering work in Microlaparoscopy in India

She has been the front runner in prestigious medical organisations like IMA, FOGSI, IFS, POGS. She was involved in many patient education programs like Health talks & Blogs about Women’s Health. Infertility, Cancer prevention Education, Breast Cancer awareness, Menstrual Hygiene.

Promoted IMA and POGS through the tag live “CARE for Her” which is still being used by the Association. Conducted 17 campaigns, first of which was ‘ Save Girl Child ‘ campaign. She has also actively worked against’ cervical cance’.

During the tenure of IMA, she has worked in several parts of Rural India spreading awareness about polio in schools. Have taken the responsibility of ladies of rural India . She has helped more than 10,000 ladies prevent of cervical cancer. For this noble cause, many institutions extended their support and she was also recognized on international platforms. 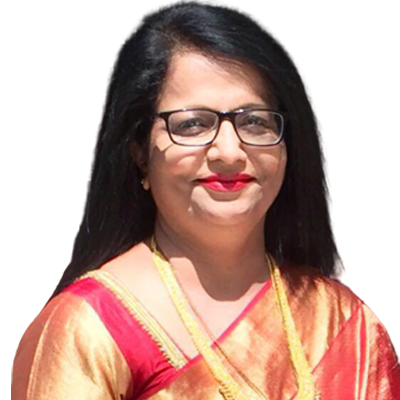